Send us an Email

Male breast reduction surgery is an important surgical procedure which has the power to restore body confidence to teenage boys and older men suffering with gynaecomastia (where men’s breasts swell and become larger than they should).

Gynaecomastia can be very distressing for men, with many avoiding activities (like swimming and other sports) that involve dressing and undressing in front of other people.

It usually requires surgical correction, but an assessment with a breast and testicular examination and blood test investigations are usually required by your GP first, to rule out discrete lumps or known causes of breast enlargement (hormonal changes, medication or some drugs).  Titus Adams sees those men with idiopathic gynaecomastia once hormonal or drug-induced causes have been ruled out.

There are different procedures avaiable to remove specific tissue and include:

Mr Adams will discuss the best procedure for you during your consultation.

The type of surgical correction depends on the size of the Gynaecomastia, the nature (density) of the tissues involved in the enlargement, as well as patient wishes and desires. In general, liposuction is usually employed. However, in many cases, the nature of the tissue lying under the nipple area is too dense and fibrous for liposuction alone, and some type of formal removal is required. Surgical access is usually required around the lower part of the nipple/areola area. Occasionally, if there is a significant amount of skin laxity, the redundant skin will also need removing which would be managed through a scar running around the complete circumference of the nipple itself. In some cases, an additional (horizontal) scar may be needed on the lateral aspect of the chest skin for improved access to large amounts of breast tissue or to excise greater redundancies of skin. In rare cases, and especially after Bariatric Surgery (weight-loss surgery), the amount of skin and tissue excess can be considerable and may require further scars on the chest in order to improve the male chest profile.

The nature of the surgery is tailored specifically to the severity of the condition and the wishes (and expectations) of the individual. This is discussed very clearly with patients at the time of their consultation. Photographs are also available for viewing at this time.

What You Need to Know

The type of surgical procedure will have been discussed thoroughly at the time of the initial consultation. Further consultations are encouraged to answer any further questions and to re-cap on the procedure being planned. Pre-operative investigations will have been complete (including hormone profiling to rule out causes of Gynaecomastia which respond to hormone therapy alone). The surgery is performed under a general anaesthetic, and is usually accompanied by one hospital night stay. Smokers and very over-weight men are at greater risk of wound healing problems. Smoking should stop at least two weeks before and after surgery. Smoking can affect both wound healing and the vascular supply to the nipple. Aspirin and related anti-inflammatory medication should be avoided for a similar period of time to reduce the risk of bleeding.

A pre-assessment before the surgery date is arranged and any blood tests may be ordered. Patients are admitted on the day of surgery and checked by the nursing staff. The anaesthetist will review you at this time. Mr Adams will take photographs, make measurements and put markings on the skin. Consent will be obtained. Leg stockings are worn to reduce the risks of thrombosis and improve the circulation. The operation takes 1 – 3 hours depending on the type of procedure planned. In liposuction alone, tiny incisions are made in discrete sites to gain access to the whole of the breast. A large volume of fluid is injected into the breast that contains both local anaesthetic and adrenalin to help with pain relief and excessive bleeding respectively. The fluid with the excess fat is removed through these tiny access sites using a liposuction cannula device. Direct surgical access may also be required through a scar around the nipple as mentioned above, but this will have been discussed prior to surgery. A drain is usually required. A foam dressing under a see-through dressing is applied to provide compression. Patients are also requested to bring a tight-fitting Lycra© vest (or tight-fitting cycling top or pressure garment) to theatre which will be fitted at the end of surgery. This is worn for up to 6 weeks postoperatively to help reduce swelling, bruising or the accumulation of a seroma.

On return to the ward, an intravenous fluid drip is used until patients are able to eat and drink. Drains are often placed into each chest area to prevent accumulation of ooze or bleeding. These drains are removed prior to leaving hospital the next day.

Persistent oozing through the liposuction holes over the next 3 days is expected and is entirely normal. This can cause leakage onto clothing or bed linen. Painkillers are also provided, but significant pain is not a usual feature following breast/chest surgery. The areas treated will be predictably sore and swollen. Non-painful bruising can be expected (often tracking beyond the surgical site down the sides of the chest and abdomen in some instances). A degree of numbness over the skin of the chest might be found. Lumpiness might be present but resolves over a few weeks. Some disturbance of nipple sensation (up or down) may occur but usually recovers normally. Showering is encouraged from 5 days post surgery.

As with all surgery, complications can occur. There is a very small risk of bleeding on the night of surgery, which can accumulate as a haematoma. The most common (later) complication concerns small areas of infection within the wound, which can become red, hot and swollen on one side compared to the other. Occasionally, an antibiotic may be required. A change in the nipple sensation may also be noted following surgery but usually returns to normal over a few weeks. Sometimes nipple sensation can be permanently disrupted. Rarely, the vascular supply to the nipple can be permanently disrupted, which can cause partial nipple loss, requiring prolonged dressing changes. Scars can be unpredictable around the nipple area (red, lumpy or stretched). The main long-term risk of corrective Gynaecomastia surgery is that of chest shape and chest volume asymmetry. This includes too little or too much resection or liposuction, resulting in incomplete resection or even indentation from under or around the chest. The final results can take up to a year to fully settle as residual swelling can be prolonged. Any corrective surgery is postponed for at least 6 months to one year. Dissatisfaction with the result is possible, and this will be discussed with you preoperatively.

Follow-up
Patients are seen at one week for a wound check and removal of the sponge dressings. Further dressing changes may be required as necessary. An outpatient appointment is made to see Mr Adams at 6 weeks and 6 months; appointments are sent by email.

What Happens When I Leave Hospital?

Wound Care/Dressings
Tape is applied to the scars in theatre. A pressure garment is applied to the chest to aid compression. Drains may be in place but removed the following day before leaving the hospital. Further dressings (exchanged at one week by the nurse) are required for up to 4 weeks and usually involve micropore tape only, which can be replaced if it comes away. Showering can take place from 5 days.
Pressure Garment
Patients use a pressure garment or a tight-fitting top which must be brought to theatre for fitting at the completion of surgery. This garment must be used as much as possible for 6 weeks, removed only for washing/showering. Two garments may be necessary (one for cleaning and one for wearing). The garment improves the final outcome by protecting the surgery performed, moulding the result as evenly as possible and reducing the risk of seroma (collection of body fluid within the surgical space, which can prolong the swelling and delay the final result).
Stitches
All the stitches are dissolving. At one-week follow-up, the nurse will check and trim stitches as required.
Pain Relief
Severe pain is not a significant feature of this surgery. Regular analgesics are prescribed on discharge from hospital, and can be continued for 1-3 weeks, and intermittently thereafter.
Appearance
Initially the chest will appear swollen. Bruising may become significant but not uncomfortable, and the bruising may extend down the side of the body. This is particularly the case following prolonged liposuction. Sometimes persistent swelling can observed as a result of lymphatic drainage issues. This swelling will take time to resolve with or without massage.
Scar Maturation
Scarring can be unpredictable. The scars may go red and lumpy. When healing of the skin is complete at 4 weeks, and after tape removal, massage with Vitamin E containing cream is useful. Occasionally, a steroid treatment to the scar or a silicone gel or sheeting may be required to settle lumpy (hypertrophic) scars. Red scars can take up to 18 months to fully fade.
Causes for concern
Minor wound infections or small areas of delayed healing can occasionally occur but should not cause significant concerns. These wounds respond well to antibiotics or regular dressings or both. The most significant complication is of sudden swelling over the first few days following surgery, caused by a collection of blood (haematoma). Another complication might be an increased redness and soreness on one side of the chest, which might represent an infection. If there are any causes for concern, then either contact the hospital or Mr Adams’ secretary.

Read the full male breast reduction fact sheet for more information on the types of surgery, pre-operative advice and what to expect following the procedure.

Common events and risks in anaesthesia.pdf

The first step of your cosmetic surgery journey should be a consultation with your plastic surgeon. It is your chance to get accurate information and professional reassurance, both of which can be hard to find online.
Book a Consultation

We use cookies to give you the best experience on our website.
You can find out more about which cookies we use or switch them off in settings.

“Recommendation after recommendation has put Adams firmly on the Cotswolds map (he has clinics in Berkshire and Oxfordshire). It’s partly down to his nature (he’s a wonderful conversationalist and has charisma in spades), but also his manner, which is thoughtful and careful. His forte? Womanly tummies, with curves in the right places. New mummies in particular love the way he recontours the waistline and creates the illusion of a lightly toned abdomen.” 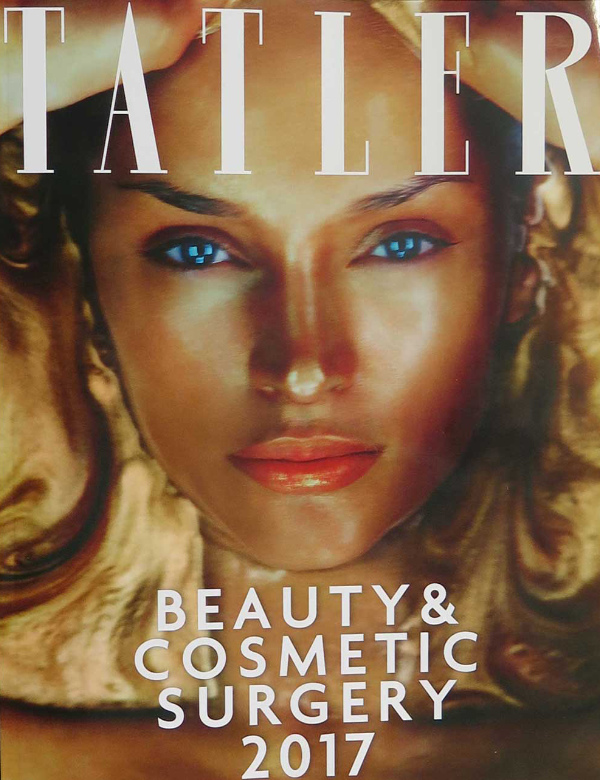 “Titus Adams makes light work of postpartum tummies, slimming the silhouette and nipping in waists by pulling the underlying muscles tight, like a corset. ‘Though it’s best to leave some fat behind,’ he says. ‘It allows fluid to drain from the body, rather than building up in the tissues’. The fat he does take, however, is useful if there’s need to plump a deflated cleavage. And, because he’s chatty and approachable, smoothing over even the most awkward of questions (like ‘how do you wear your undergarments?’ – crucial, as it ensures the best positioning of scars), you feel at ease. You trust him.” 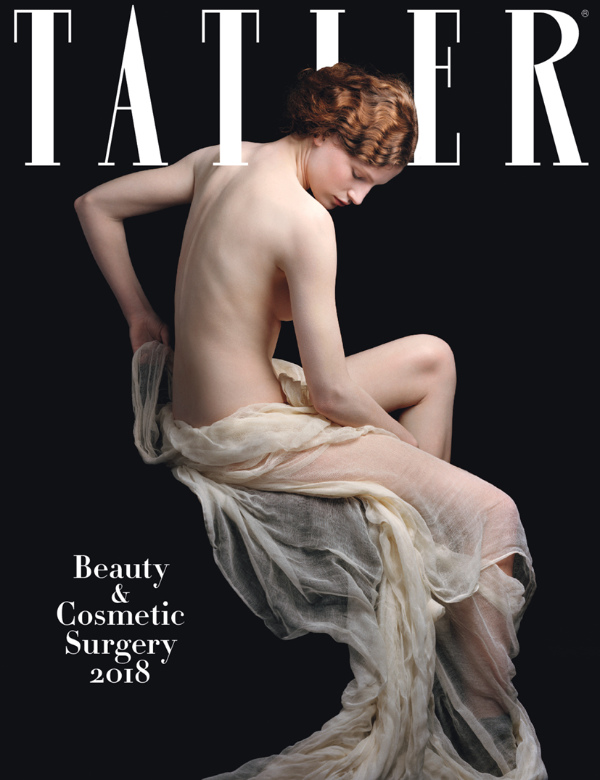 “Adams listens carefully & closely. And his results are truly top notch whether he is tidying things up after some impressive weight loss or putting you back together after the last baby. The key phrase is ‘preservation of tissues’, to retain a natural appearance.”

This website uses cookies so that we can provide you with the best user experience possible. Cookie information is stored in your browser and performs functions such as recognising you when you return to our website and helping our team to understand which sections of the website you find most interesting and useful.

Strictly Necessary Cookie should be enabled at all times so that we can save your preferences for cookie settings.

If you disable this cookie, we will not be able to save your preferences. This means that every time you visit this website you will need to enable or disable cookies again.